Rome Travel Guide - In depth Guide to the External City 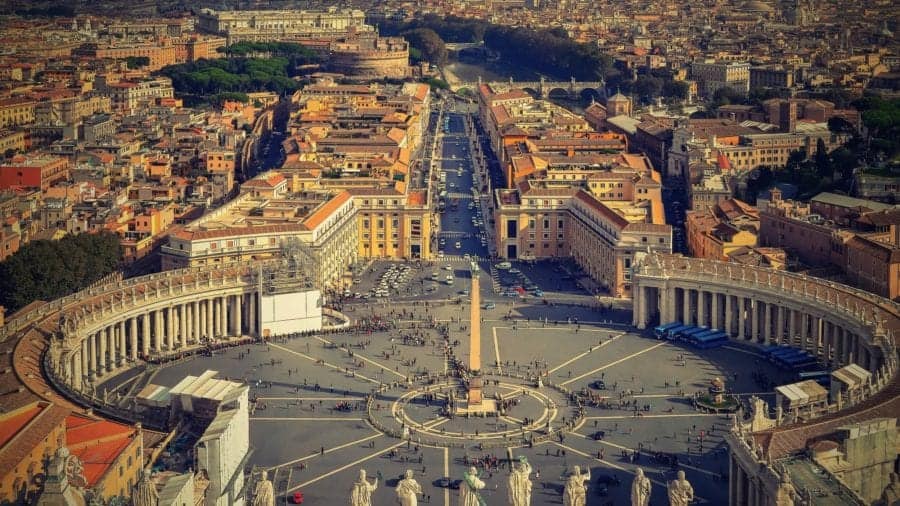 Rome, also known as the eternal city, has a unique charm and personality all its own that draws millions of tourists every year from all over the world. No matter if you only have 3 days in Rome it is still worth a visit.

If you’re a history lover, you will be filled with awe as you stand under the towering coliseum, picture the roaring of the crowd, or wander through the marketplace of ancient Rome.

You will be captured by images of Julius Caesar making dramatic speeches that resonated with the common people and made them fall in love with him. Their cheers seem to echo through time.

If food is more up your alley, you can dine on delicious breads, exceptional cheese, and superb pasta with mouth-watering sauces passed down from family to family.

Bakeries, sidewalk cafés and gourmet eateries are not hard to find. What is hard is deciding which one to choose as all of them are so good.

Perhaps it is the art that captures your eye. No place else on earth contains so many prominent and recognizable pieces. From life-like sculptures to breathtaking Frescos, you will be thrilled and amazed.

Rome was the first European city that I traveled solo to and it was such a positive experience that it influenced my decision to become the adventure backpacker I am today.

I fell in love with the city and every time I visit Europe, I make it a point to spend at least a few days in Rome.

How Much Does Rome Cost A Day

Europe isn’t the most budget-friendly place to travel and Rome especially can be quite expensive, but if you plan ahead, you can save a lot of money.

Daily Cost- If you book in advance, find cheap deals, and manage your money, Rome will only cost you around $50 -$70 a day. It also depends where to stay in Rome.

Hostels – Cheap accommodations in Rome will cost around $30 – $50 a day. However, be aware. Prices rise in peak season, May-August. Also all prices rise on the weekends.

Personally, my favorite hostel in Rome is “The Yellow”. The hostel has nice rooms and the staff is insanely friendly. Plus it is just a five minute walk from the main train station. It isn’t the cheapest hostel in the city, but it is a great place to make friends.

Warning: The Yellow is also a party hostel. If you are looking for something a little more quiet, there is a guest house right across the street.

Food – Eating at restaurants will cost somewhere around $15 -$25 if you are being careful.

A cheaper alternative is street vendors or little shops. They will cost around $5 a meal.

If you are wanting to be really thrifty, bakery fare cost around the same amount but it is very easy to stretch bread and cheese into a couple of meals.

Getting Around and Sightseeing

One of the best ways to see the Enteral City is one a walking tour.  I only tour company I use is Walks of Italy Rome.

You can even walk through Rome on a self-guided tour.

Rome only has two underground lines which make it super easy to navigate, and one of the best European Cities to start backpacking.

Chances are wherever you are headed, there will be some walking involved. Rome is a great city to wander if time allows.

If you just explore the sights in downtown Rome, you can easily walk. This will also give you a chance to explore the streets, look at the local art, and stop for some gelato, sweet, creamy Italian ice cream.

It also saves you a little money on the trains and buses. Truthfully, one really needs public transportation only for sightseeing faraway places like the Vatican.

If you have limited time in Urbs Sacra, the sacred city, then you might consider getting the Omnia Card Pass.

This 3-day pass gives you free public transport in the city. It also allows you to skip the lines at the Vatican Museums, Sistine Chapel and St Peter’s Basilica. (You still have to buy tickets)

Plus, you do get free entrance into two attractions along with discounts on others. At 95 Euros ($150) per pass, it isn’t a bad deal.

However, personally, I feel if you have the time to explore Rome on your own, it will be a wonderful experience. There is just something magical about strolling the ancient city streets, seeing the sights from all angles, and breathing in the culture. Plus, it will save you money.

Colosseum – The most famous sight in Rome, the Colosseum was a wondrous amphitheatre in the heart of the Roman Empire and is infamous for its gladiator battles.

The Vatican Museum – The center of the Roman Catholic Church, the Vatican, is filled with ancient statutes of saints, an impressive museum, and of course, the masterpiece of the Sistine Chapel.

Trevi Fountain – Situated where five major roads met in old Rome, Tevi Fountain is a massive building size fountain. An old saying recommends tourists to toss a coin over their left shoulder into the pool to ensure that one day they will be fortunate enough to return to this glorious city. I do it every time I visit Rome.

Roman Forum – Explore the ruins where long passed Roman senators made decisions that affected the entire world. Imagine their debates, struggles, and lives.

Roman Pantheon – This monument was dedicated to all the classical Roman gods.

Estate Romana – This celebration is held every June and is one of the largest summer festivals in the city. The festival is all about art including music, film, and dynamic outdoor performances.

Pasqua – Another word for Easter, Pasqua, is obviously a big deal in the city that was the center of Christianity for such a long time. The city is full of flowers, filling the streets and covering the buildings of the city all the way to the Vatican and the Spanish Steps.

Along the Tevere – Stalls line the banks of the Lingo Tevere. This festival boasts music, live entertainment, shopping, and a lively atmosphere. The event takes place every June.

Piazza Navona – One of the most popular parts of the city, Piazza Navona is a charming area with quaint cafes and a wild nightlife. It is also where you will find sights like the Roman Pantheon.

Prati – This area in Rome is a little distant from the city’s center. However, it has some great markets worth checking out and cheaper accommodations. Definitely, budget friendly.

Trastevere – A massive area for abroad students and expats, Trastevere is charming and has an old Italian style. Basically, the way you would imagine the city years ago. However, not many tourists know of this hidden gem despite its charming restaurants, street vendors, and bars. It’s a great place to explore and almost feel like a local.

Testaccio – This is also an old part of the city that many tourists are unfamiliar with but one you should check out. You can find wonderful bakeries and authentic Roman wine and cuisine.

Rome has a lively nightlife for travelers in party mode. There are no shortages of pub crawls, bars, and clubs throughout the city. Some of the best nightlife areas in Rome include Testaccio and the Campo de’ Flori. The first time I visited Rome, I was in all out party mode and made some great friends. I am not in party mode anymore, nevertheless, Rome is a fantastic city to party and meet other travelers.