Oh, nothing major (I typed sarcastically), just a massive road trip spanning almost 10,000 miles from London, England to Ulaanbaatar Mongolia. We’re driving across a third of the planet and spanning most of Eurasia.

The Mongol Rally is no wimpy tour! You don’t have a guide holding your hand. Every single team selects their own type of transportation, chooses their own route, and drives at their own pace; meaning the Mongol Rally can last as long as you want it to. However, the average time is 3-5 weeks. This also means that it comes with some serious risks. For example, our tentative route will be taking us through vast stretches of treacherous desert, dangerous mountain ranges, and uninhabited regions where will have to forge our own road. (I’m stocking up on Snickers bars) 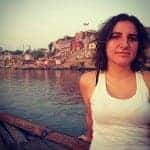 Liv is a Brazilian journalist gone rogue. Compulsive traveler, internet rat, people watcher. She has been blogging in Portuguese about travel at www.eusouatoa.com and is soon to launch a blog in English to make it more ‘universal’. To contribute to the rally, she can drive, change flat tires and make up road games. 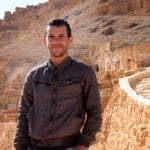 Norbert is an architect from Puerto Rico who hit pause on that career in 2011 to travel around the world. Since then, he has visited over 50 countries, and still counting. He writes about his travels on GloboTreks.com and his goal is to visit all UN recognized countries by2020. 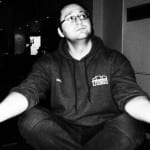 Vitalli is a final year Business and Management student who is hoping to do some good with his newly acquired degree when he graduates this summer. Unfortunately due to his lack of imagination only thing he could think of was to raise money for charity by driving to Mongolia in his very tiny car that he will then give away when he gets to Ulaanbaatar! 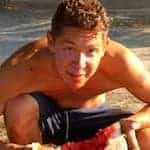 When he’s not looking for adventure or enlightenment, he’s enjoying a beer on a random beach. If travel were a pill, he would have overdosed on it long ago. The Mongol Rally is his next fix and you can read about this adventure on The Runaway Guide. 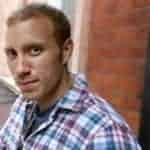 Stephen Schreck is a world traveler, a nomad, and a mistake prone backpacker. He knew traveling the world full-time was the only life for him and so he set out to make his dream his reality. He is currently trying to tackle his bucket list, a quest that leads him to many entertaining misadventures, random locations, and interesting challenges.

The Mongol Rally is also an opportunity to do some good. Every team participating will be raising money for two charities. A charity of their choice and the official Mongol Rally charity Cool Earth. Cool Earth is working to save what little is left of the rainforest. Rainforest destruction is a massive contributor to climate change and yet every minute 100 acres of rainforest is cleared. If this continues it will not only have a devastating affect on our climate and water supplies but will threaten millions of species of plants and animals.

Our chosen charity is Set Her Free.

Set Her Free is a non-profit organization in Uganda whose goal is to transform the lives of young women formerly imprisoned by the sex trade- the worst form of child labor.

Set Her Free transforms lives by providing a safe environment, education, personal training, and rehabilitation for these women. This organization is currently working to restore the lives of 120 women. The cost to benefit each girl for a year is $909. That also includes food and education.

We have pledged to raise $5000 for Set Her Free. Your donation of just $10 can support a girl for a week.

Help fill the Llama donating today! (That’s a sentence I never thought I would say in my life)

The Drama of the Llama team is composed of Norbert Figueroa of GloboTreks and Livia Aguiar of Eusouatoa, in addition to Vitalli Lunkevich, an active and experience world traveler; and the misadventures Stephen Schreck of A Backpacker’s Tale.

The blogs are run by two well-known internet travel personalities and have a combined monthly readership of over 36,000 people; 6,500 Twitter followers, and 2,600 Facebook fans.  Our websites and articles have been featured in various top ranking travel sites, magazines, and other print media.

You have any travel questions about the Mongol Rally, or heck even question on find a flight feel free to email me.

To find out more information about my travel plans for 2018. And the benefits of sponsoring our team, download our Media Kit showing our various packages.

At 21 I fell in love with travel. Since then my adventures have taken me to over 80 countries in 8 years.

Read 101 Fun and Interesting Facts About Me

Become a Better Traveler From Your Inbox