A lady in a hazmat suit unnecessary sprayed our tires to prevent us from bringing foot and mouth disease into Mongolia.  She shot a look of disdain to all four of us Cads and Bounders, our Mongol Rally team, all of us sporting ridiculous hats we had picked up over the last 40 days of driving through 17 countries, adventure travel at it’s finest. We had just passed through the final checkpoints at the Russia Border, a border that always seemed to test my luck. “This is it”, I thought.  “This long road full of challenges, life threatening moments, and random encounters has led us to the last leg of our journey – Mongolia”.

The beginning of the end was starting.   We had survived becoming celebrities in Russia, being stranded on the side of the road in Kazakhstan, and passing through Siberia without a single incident.  Amazing!  Now, all that laid before us was the steeps of Mongolia and beyond them, the capital city, Ulaanbannter, the finish line.

While Ash dealt with importing the car, I laid down, exhausted from driving 8 hours through the night.  My mind was filled with thoughts about how long it would take to import the car.  One thing you learn about Mongolians is that they work at their own pace, and it is not uncommon for cars to be stuck at the border for 3 days.  Aware of this fact, Kevin was trying to keep the border guards happy by playing basketball with them.

George was to my right playing Bon Iver while cooking us our daily ration of pasta.  Every meal was pasta, which we shared with another team that had been convoying with us for the last few days.  The team, Langstar Street, had flipped their car in the mountains a few weeks before.  Amazingly, they simply flipped the car back over and kept going. Incidents like this is why there have been a few mongol rally deaths in the past 10 years. However during the Mongol Rally 2013 there were none.

The car import only took three and a half hours, a Mongol rally record.  We were on our way but then came to a screeching stop. Five feet outside the border, our path was blocked by a massive pothole where the asphalt ended.  There is a rally saying that goes, “All roads end in Mongolia” – literally…. maybe we made up this quote about adventure. Don’t get me wrong, you do find small stretches of asphalt, but they last only for a couple hundred feet.  You also come into areas where roads are being built; however, car high piles of rubble block people from driving on them.  Simply put, the road systems in Mongolia consists of hundreds of little dirt paths that branch off like veins in your arm.

No road signs!  Ha! No problem. Keep them. A interesting fact about me is that I would never let that stop me. Plus, we have a broken GPS.

No speed limit?  Not to worry.  Our overstuffed car top out at 70 mph on a good day with someone in the roof seat.

In Mongolia you will find yourself cruising down the wrong road for hours, and  there is only one way to fix this.  You slightly turn the steering wheel in the direction of the road you want.  In a couple of seconds, you will be off your current path and roading through the plains, dodging rocks, avoiding sand traps, and carving your own path through the middle of nowhere.  Hopefully you will eventually hit the dirt path you are looking for.  Of course, there is also a slight chance that you will end up in China or Russia. This is also a massive problem if you still don’t have a clutch.

Yep,  Mongolia is a hell of a lot of fun to drive! And one of the most beautiful places in the world

After our daily ritual of stalling the car and push starting it a few times, we reached the first town in Mongolia, Ölgii. This tiny little part of Mongolia lives up to its name, as there is nothing to see but a market of hand-me-downs and there is nothing to do, and I mean NOTHING to do.  This is fine if you are just passing through.

However, Ash wanted to stay and wait for his rally crush, a girl named Kate, and her team, the Village Idiots, to catch up to us.  This would allow the two love birds to finish the rally together.  Basically it meant we were going to sit in Ölgii for the next week. Luckily, nothing is ever boring with the Cads.  We passed the time eating Mongolian food, drinking Mongolian Vodka, and playing cards.  When the boredom became unbearable, we would either head to the market and haggle for new hats, coats, and toys or go dancing in the only night club in existence for hundreds of miles.  Of course, we were the only foreigners there and the locals appeared to be more entertained by our presence than we were by theirs. That is another part of the Mongol Rally everywhere you go people surround you taking pictures, making small talk, and shaking your hand. It makes you feel like a rock star. 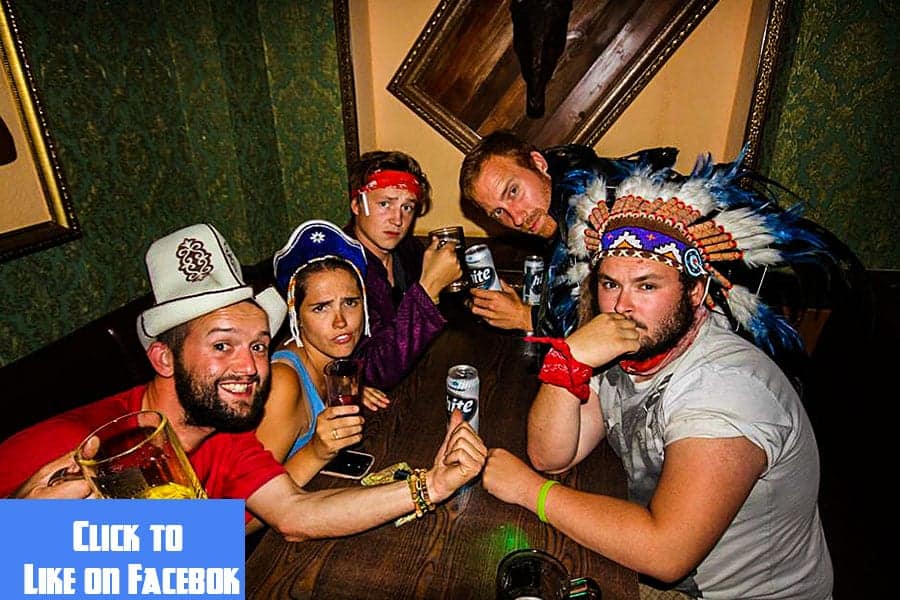 Through this entire time, I was trying to relax but deep inside I was growing rather anxious because I couldn’t afford to sit idly and watch the days tick by.  I was due to fly to Morocco in 5 days and then immediately start a tour that had been booked for almost 8 months.  I had already changed my flights three times!  Chances of getting to Morocco before my tour started, grew slimmer and slimmer, so by the time Kate and a couple other teams caught up, we had to get on the move. Our convoy set out as the sun started fading below the plains of Mongolia.

Our car happened to be the slowest car in the group, topping out at a max speed of 55 to 60 mph.  Soon we were eating the other rallier’s dust, and within an hour, found ourselves totally left behind.  As the darkness closed in, we also found ourselves completely lost.  Soon we were guessing each dirt path to take by pure gut instinct.  Lost and alone, we made the decision to stop and discuss our predicament.  Three thoughts prevailed.

1-  The other teams had thrown caution to the wind and decided to keep driving through the night.

2-  They had stopped long ago, and we had passed them on one of the side roads…. err..paths, ……ummm somewhere in the dark, dusty haze.

3-  We were beyond lost and headed towards China.

This is what traveling in Central Asia is like on the Mongol Rally…chaos.

Since we all liked living, it was agreed that camping for the night seemed like the most sensible option.  After setting up a make shift camp, we spent the rest of the night staring at the endless canvas of spectacular stars in the night sky. One of the best things about the rally and especially Mongolia, is the lack of light pollution.  The sky in Mongolia is so clear that you see everything, even the Milky Way itself. Looking at a sky like this was a humbling reminder of how small I am, how much more I have to accomplish, and how lost we really were. This is why I love Adventure Travel, and trips like the Mongol Rally.

Lost and alone in the middle of nowhere Mongolia!  How would we survive? Find out next week in the final as we finish they Mongol Race. I would also like to report that I didn’t make it to Morocco, but Ash and Kate are dating, so I missed Morocco for love. Being flexible on this Mongolian Race is key!