Famous Ray’s Pizza, Vanessa’s Dumpling House, and the Tick Tock Diner; the food in New York City was mouth-watering delicious. I gained at least 3 lbs. in 2 weeks, making me nervous about what would happen to my waistline if I lived there. One thing is for sure, those 3 lbs were totally worth it. I ate at a lot of diners, hole in the wall restaurants, and street vendors, but overall my personal favorite place to eat was the Outpost Café in Brooklyn. Not only did it have a unique atmosphere, a great vibe, and the finest coffee I had in New York, but the food was amazing. Here are my two personal favorite dishes. Chili Mac 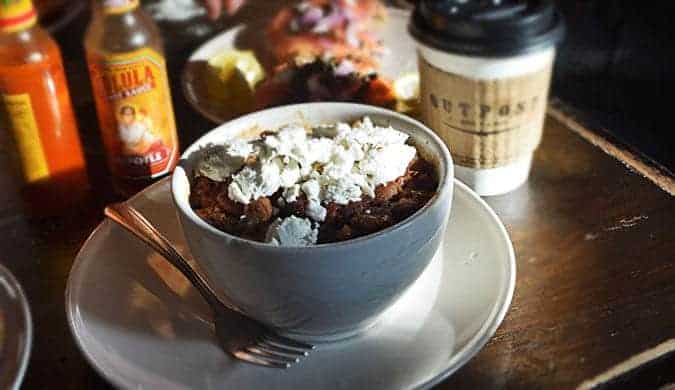 Imagine for a second, an oversized bowl of noodles covered by steaming chili and topped off with goat cheese. Now before you gag at the words “goat cheese” I want you to know that I’m not normally a fan of it either, but in this case it did nothing but enhanced the flavor. All the ingredients came together to make the best meal I had in New York. I’m usually a giving person but when my brother asked for a bite, I had to think twice before letting him get his grubby paws on this little gem. In fact, at this moment I’m thinking of hopping on a bus back to New York for round 2. The nine-hour bus ride is a small price to pay for this treat. Bagel and Lox Ok, if chili mac isn’t your thing, how about a toasted bagel smothered in cream cheese, piled high with smoked salmon, and sprinkled with chick peas. My stomach just growled. It only gets better when you squeeze a freshly cut lemon over it. Your taste buds will literally be exploding from flavor overload.

From spending an afternoon window shopping in Times Square to wandering Chelsea Markets and Highline Park, New York never runs short on things to do. Some of my favorites were the Statue of Liberty, the Twin Towers Memorial, and Central Park. The crowds are thick in New York, and around a lot of the downtown attractions you feel like a canned sardine, but it’s worth your time to fight your way through the crowds. I just scratched the surface of seeing all the sights, and I’m eager to go back to do some more exploring, but my favorite goes to Rockefeller Center. Rockefeller Center 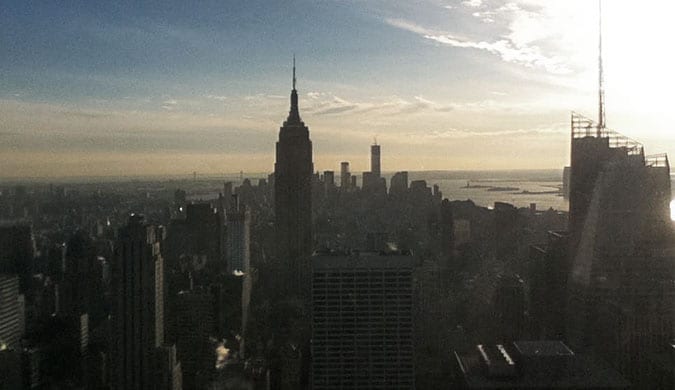 Getting an overview of the entire city at the top of Rockefeller Center was my favorite sightseeing experience. Timing had a lot to do with it. We went up as the setting sun lit the sky on fire and colored the city a bright orange. From the top of the building, you have a great view of the New York skyline and central park. It was as beautiful as anything you would see on a postcard, and a moment I won’t forget anytime soon. Moments like Rockerfeller Center always remind me why I travel. You can buy your tickets online before you go to most of the major attractions. This usually lets you cut to the front of the line, freeing you from spending your whole trip waiting. Ice skating 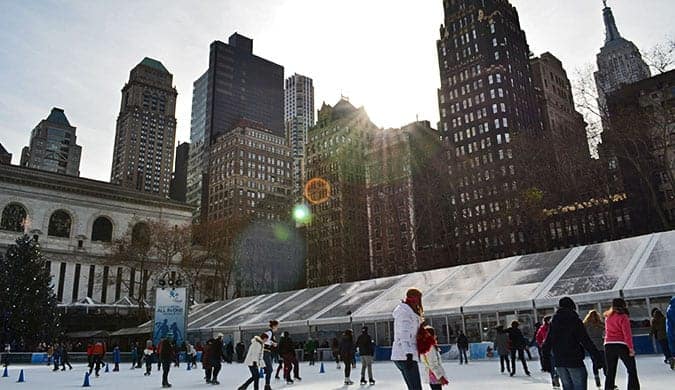 Skating under a massive Christmas tree while carols play in the background is a New York tradition, and though I hadn’t been ice skating in years, I wanted to do it. I nervously laced up my skates and hit the ice in Bryant Park. For not skating in years, I held my own pretty well. I didn’t fall and after a couple of minutes I felt a certain level of comfort. Not to say, I didn’t almost slam into many unsuspecting people (stopping was never my strong suite). Bryant Park also has some awesome shops to browse, and the hot apple cider is just the thing to warm you up on a cold day. 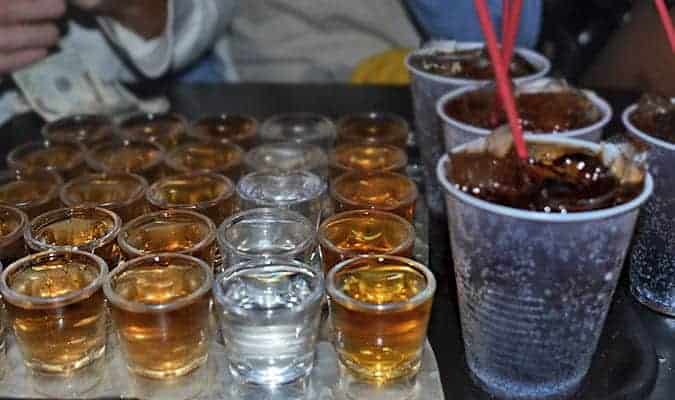 New York’s nightlife is insane! With so many pubs and districts to party in, it is impossible to experience it all in one visit. Whatever your style, New York has something for you. The Meat Packing District is the trendiest and where you can find a lot of clubs. Green Point and Williamsburg seem to have a hipster vibe. Clinton Hill seems to be an upcoming hot spot. Drinking is expensive in New York so be prepared to spend some money. It’s possible not to demolish your savings buy pre drinking at cheap bars like the Continental bar that offers 5 shots for $10 before heading to the more expensive places. New York has a great atmosphere. The city is alive, a refreshing change of pace from small town life in Ohio (for a couple more months that is). While 2 weeks gives you a lot of time to take in the city, you could easily spend a couple of month in this mammoth city and not explore everything. However you slice it New York is one of the best places to visit in the United States.