All bears are agile, cunning, and immensely strong; and they are always hungry. If they want to kill you and eat you, they can, and pretty much whenever they want. That doesn’t happen often, but – and here is the absolutely salient point – once would be enough.” ― Bill Bryson A Walk in the Woods 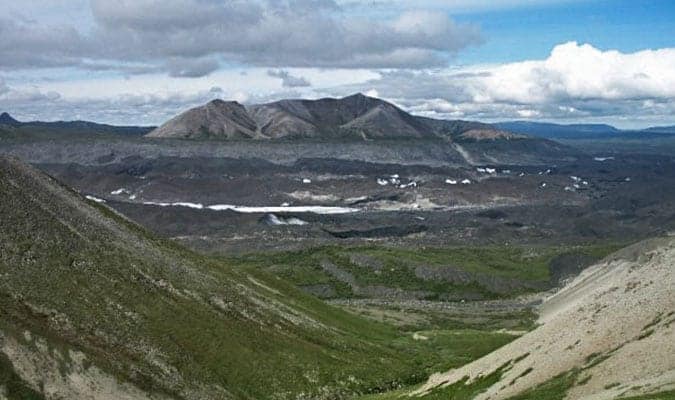 Denali National Park is unique because it’s divided into numbered sections. This allows the park rangers to keep the human population in the park low. They only allow three or four people to camp in each section at a time. They do this so you never run into another living soul while you are in the wild. We were alone in a vast section of wilderness. 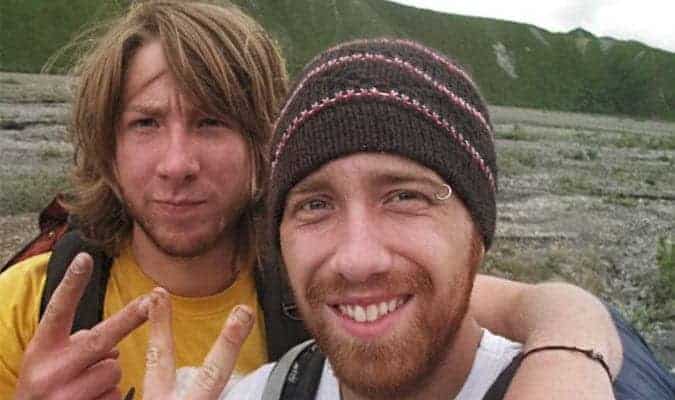 Luke and I sat there under the shadow of Mt McKinley enjoying the kind of quiet that can only be found in the untouched wilderness, when out of nowhere the sound of my stomach rumbling broke the silence. Responding to the loud Growl. I grabbed a candy bar.

My mouth watered as I was about to take a bite me when I heard Luke mutter something softly. I froze, as the word echoed in my head: “Bear”. My appetite disappeared, quickly replaced with nausea.

Oh God, If l can smell the chocolate, I know the bear can.

When I tried to voice my concern over the possibilities of this to Luke, all that came out of my mouth was, “You’re shitting me.”

“Bear,” he whispered quieter this time.

This time I looked up and not even 20 yards away and closing in was a grizzly bear, the size of a sports car. Each claw longer that my index finger. His brown fur was soaked, sticking to his body and outlining his massive 800 pound frame. He stared at us as if he knew that we had no where to go. My heart quickened and my brain screamed at me. Run! Only one thing kept me in place. I remembered that when you encounter a grizzly your chances of dying dramatically increase if you run. The whole death thing quickly made me suppress the urge-to-run thing. 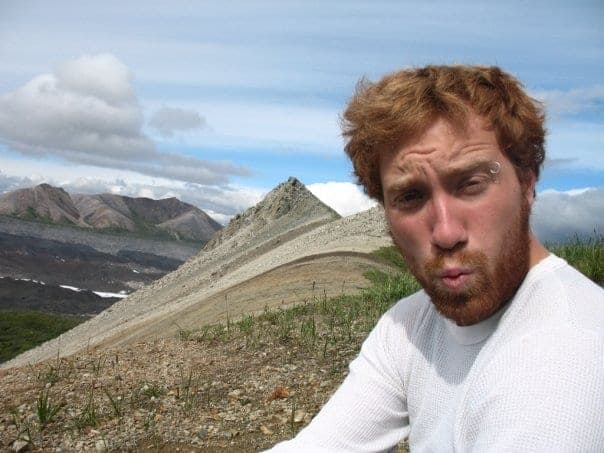 I looked at my hand full of chocolate then back at the bear, and decided now was a good time to get rid of it.Slowly I inched my way over to the bear-proof container, unscrewed the lid, and placed the chocolate covered peanut filled piece of death inside.

Chocolate coated my fingers, but it was too late to worry about that now. So I inched back to Luke. We strategically linked arms and started waving slowly while talking to the bear in a low, non-threatening voice.

We did this because:

1 – Linking arms and waving supposedly makes you look bigger. Though in my professional opinion it made us look like one giant 350 pound human steak waving the bear over for dinner. It also gives you someone to hold on to if the urge to run trys to take over that urge to live.

2 – Talking in the calm voice lets the bear know you are there, which might seem like beyond stupid to try to draw attention to your exact whereabouts, but it is better than the alternative, where is surprising him. —I heard Native Americans used this technique to calm when they ran into a bear, if it’s good enough for the Indians it was definitely good enough for Luke and myself.

3- Backing up slowly, is really the only logical direction to go when a grizzly bear is in front of you. The truth is that I think inching back just gives you something to do so you don’t lose your mind. Because no matter what direction we inched, I still had a chocolate covered hand, in the middle of nowhere Alaska, in front of an enormous carnivorous animal.

So you can picture the bear’s reaction as he looked at two grown-ass men with arms linked, waving their free arms, saying things like, “Whoa, bear,” “Please don’t eat us bear” or “Take him bear, he’s the fat one,” in our softest voices.

At this point the grizzly was about twenty feet away, officially too close. –Twenty miles would have been too close.  I kept wishpering some quotes about adventure trying to keep myself calm.

His dark lazy eyes watched us dumbfounded, and with a look of amusement. We stood there, frozen sweat pouring down our faces and gazed back. He tilted his head ever so slightly to the side and I felt the blood drained from my face.This was it, the moment of truth, we knew that his little brain was deciding our fate. Then he started sniffing what I am sure the bear would have described as delicious chocolate coated human; a rarity in these parts.

“Gulp” my throat was sandpaper. And I thought…. Life is to short. 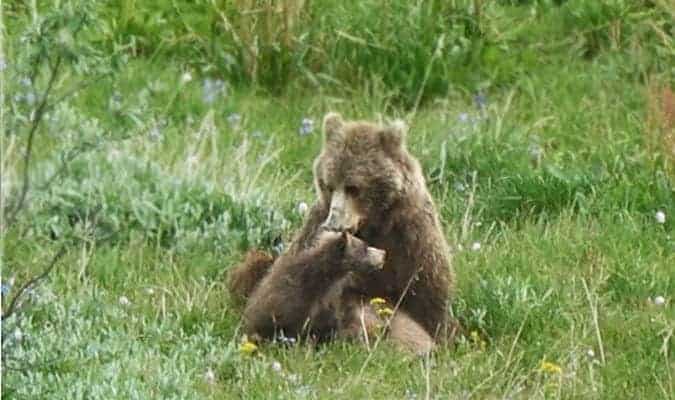 This is when the complete feeling of helplessness sets in. You have no control over the situation. Whatever the bear wanted to do, all three of us were going to do,no questions asked. If the grizzly felt he was in the mood for a main course of filet of Luke, with a chocolate coated Stephen for dessert, we could do absolutely nothing to stop him. We hoped he would decide that we were humble, novice hikers were not worth his time or effort. What a way to experience some of the best hiking in the US ..

Thirty seconds passed, then a minute, then two… The sound of my heartbeat filled my ears, as he continued to stare and sniff the air for what seemed like an eternity.

Then out of nowhere the grizzly physically shrugged, gave a grunt to let us know we weren’t worth his time, and walked off. We watched, frozen, till he was out of sight and prayed he wouldn’t have a sudden change of heart. I timidly lifted my shaking fingers to my mouth and licked the chocolate off. I had never tasted anything so good in my life.

We kept holding each other for a moment before we broke apart and ran off. We had just had a staring contest with a grizzly and had lived to tell the tale. We had kept our cool and composed enough ourselves not to run, but even so Luke and I walked a little taller that day. We headed back to camp where I quickly scratched off “Survive a staring contest with a grizzly bear” as one of my bucket list ideas. Then I insisted that we hike another 8 miles to a cabin and away from the bear (There are little cabins scattered across the park on the side of the dirt road that have lockers to store your things before you venture out into the wild) and prepare for the new section we were moving into tomorrow morning.

More tales from Alaska soon, until then you can check out more pictures.