I don’t know if you’re like me, but if I don’t make lists, I don’t get much accomplished. Actually I have a nasty habit of losing things so if I don’t make a list on a computer it is MIA in about 2.5 seconds leaving me running around like a chicken with its head cut off.

One of the best things about making a list is that you get to mark the items off. Nothing beats the feeling of knowing you accomplished what you set out to do that day, week, or month. I can’t imagine how good it will feel to cross off these adventures from my bucket list.

When I was a kid, people asked me what I wanted do when I grew up. I was clueless and would always answer something ridiculous like Raphael from the Ninja Turtles (which we were banned from watching after my mother came home one day to find my brother and I both with bloody noses and Teenage Mutant Ninja Turtles playing in the background…..oops). If someone were to ask me that same question now, I wouldn’t even have to think about it. An explorer! One of my biggest dreams is to explore all seven continents. So far I have been to three, but have saved to travel enough to explore the other 4 starting in May.

Running of the Bulls (Pamplona, Spain) 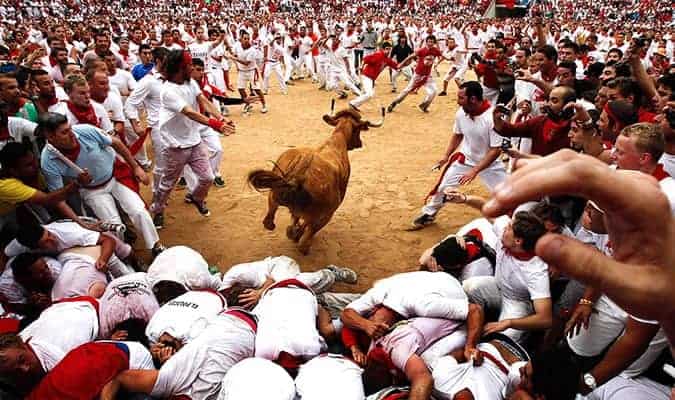 Have you ever wanted to do something even though you knew it sounded ridiculous? For me that “it” is the Running of the Bulls. I’m sure when they release a bunch of pissed off bulls on the street, I will immediately experience a quick moment of regret, a moment of wetting myself, followed by the quickest running of my life. Crazy? Maybe. Fun? Hell yes! Since I’ve started traveling, this has been in my top three things to do, and having already done the other two, this is now on top. (I can’t help but wonder if I put this one-off till last for a reason.) Either way the country is beautiful that I’ve always wanted to visit, plus  it is inexpensive, so it is easy to find cheap holidays to Spain. I am going to prepare for this by chugging two five-hour energies and tucking 1 fresh pair of underwear in my back pocket.

The Appalachian Trail is a two thousand mile trail winding along the ridge of the Appalachian Mountains from Georgia to Maine. To thru-hike (hike the whole thing at once) it takes 5 to 8 months. Parts of the trail have intimidating names like The Hundred Mile Wilderness and Bear Mountain and you can’t help but think that whoever did the naming, clearly intended to scare people off. The landscape is wild and varied and even accomplished hikers have a hard time at some points. The forest along the trail is home to a diverse amount of wildlife, such as bears (not again –groan), moose, bobcats, panthers, wild boar, and coyotes. There is also the possibility of getting lost in the wilderness, freezing to death, becoming snowed in, and about a thousand other slow and painful ways in which one could die. I try not to think about them. How am I going to do this you ask? Well I am going to prepare. These are some of my ideas to prepare. What do you think? 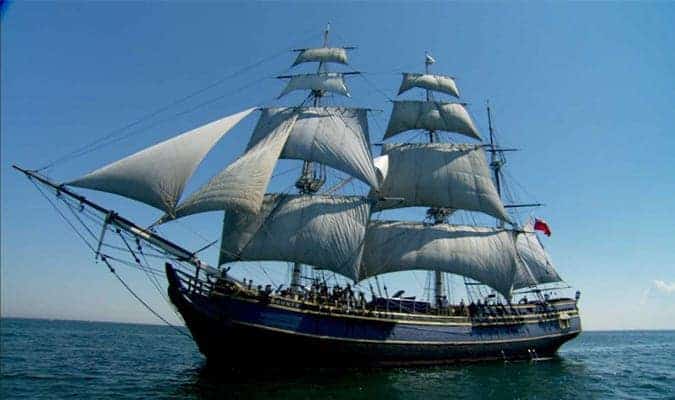 -Have you ever dreamt of being a pirate? Me too! While sadly, a true pirate’s life is not a good career choice, (In this part of the world) you can still get a job as a deck hand on any number of tall ships and experience what life was like on a ship in the eighteenth century. These babies sail around the world in a gigantic race every year. Yes, for those of you in shock, I did say racing around the world on a tall ship! The sense of adventure, freedom, and excitement far outweigh all the hard work and long hours. This has to be one of the most unusual ways to travel the world. So of course I must do it. My cousin and brother have both worked on the H.M.S Bounty so naturally that is my ship of choice. Here is what she looks like…. Update: Unfourantly the Bounty was lost during super storm Sandy. – 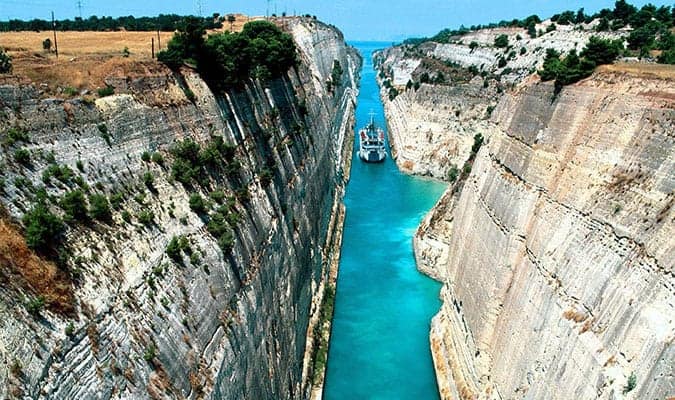 The Corinth Canal: I actually visited The Corinth Canal when I was backpacking in Greece. It was my last week in Europe and I was running extremely low on cash. At the time it was a choice between doing the jump and eating for the next few days. I have always been a huge fan of eating so you know which one won but I have died to go back and do the jump ever since. Victoria Falls: South Africa’s world renowned waterfalls are the tallest waterfalls on earth and it’s also one impressive bungee jump (111m). A bungee cord actually snapped on someone and the person actually survived the fall! I think I might try to talk to the survivor before I make the jump. You know, to get some tips.- 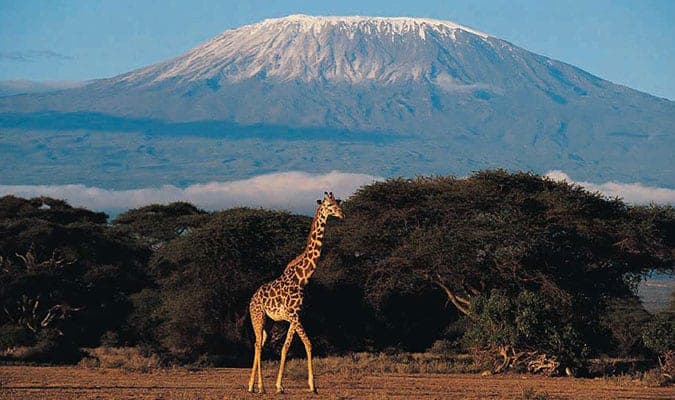 Standing at 5,895 feet, Mt Kilimanjaro is the highest mountain in Africa. While it is not the hardest climb in the world, it is still not an easy task. Approximately 25,000 people attempt to climb it every year. Three-fourths of the people, who start the climb, actually make it to the top. Since I am reasonably fit (when I am not on a cookie dough binge) and have survived Mt. Olympus and Alaska, I think I have this one in the bag. 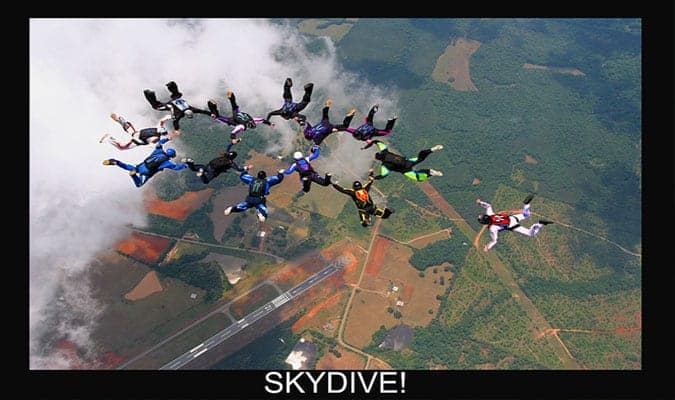 While camel trekking  is the Sahara Desert almost took it’s place. I have always wanted to Skydive, and yet I have always wondered why I would pay for a flight but skip out on the landing. The adrenaline rush, the view, and the experience are a few reasons that come to mind. I have waited so long to do this that I now think I will save it until I get to New Zealand. After all, it is the adventure capital of the world. On a side note, I am totally going zorbing in NZ too. If you don’t know what Zorbing is imagine being placed in a giant hamster ball and rolled down a mountain. 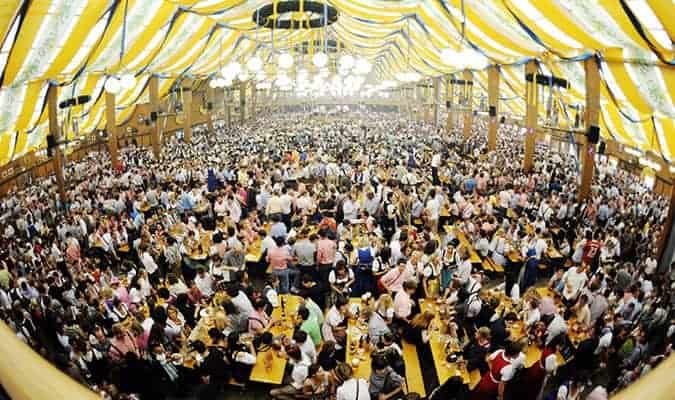 I like beer. In fact I would go as far as to say that I love a rich flavorful beer, and because of my deep love and appreciation for beer, I feel it is my responsibility…. Nah, my duty, to experience Oktoberfest at least once in my life. Thousands of people come from all over the globe to celebrate life, beer, and hellaous hangovers simultaneously. Errr….Sign me up! If you love beer the way I do, then Oktoberfest is pretty much your Mecca, and next summer it is time to make my pilgrimage 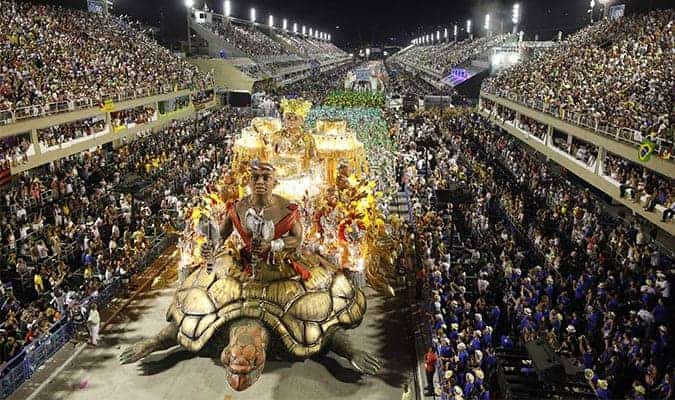 This is a recent addition the to the bucket list. But since I’ve made the decision it has quickly climbed in the top 15. Probably the best known Brazilian holiday, Carnival, starts 46 days before Easter. The city comes alive with wild parties to say farewell to the pleasures of the flesh. Colorful parades and balls filled with crazy costumes are held throughout the city. It just sounds like an all-around good time. 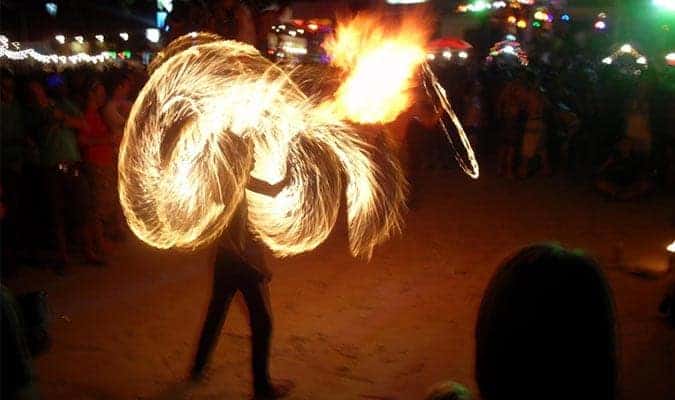 The full moon party in Thailand is a popular event for the backpacking crowd. In fact the Full Moon Party started with 20-30 backpackers back in the 80’s. Now around 30,000 people gather each full moon in Koh Phangan to listen to live music, party, and jump fire skipping ropes. (Yeah you read that right) This is one of the top adventures most travelers have on their backpacking bucket list, and I am right there with them. I do need to learn how to skip rope before I head to Southeast Asia. 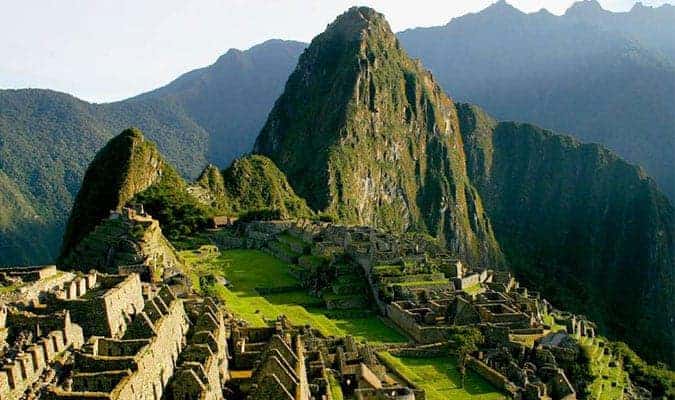 I have never met anyone that saw a picture of Machu Picchu and didn’t want to go there immediately. I remember as a little kid (who didn’t even care about traveling at the time), looking at a picture, and telling myself that one day I would climb to the top of that breathtaking mountain. This is another dream that is almost a reality. 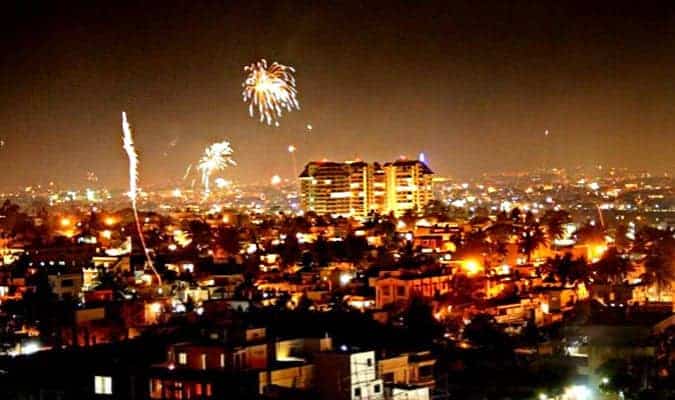 The Hindu festival of Diwali, or the Festival of Lights, is a huge festival celebrated in many countries in Asia. During this festival, people fill the streets with candles lit in little clay pots to symbolize good overcoming evil. Fireworks light up the night sky to drive away any evil. One thing for sure is that it is spectacularly beautiful which is why it has made this list. 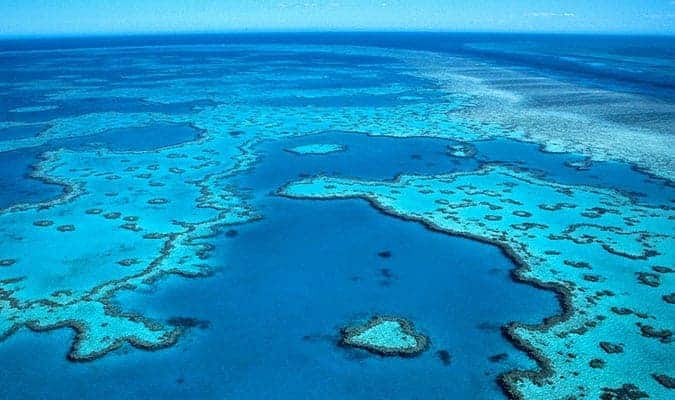 -Honestly I’m not the biggest snorkel addict in the world. It’s not that I don’t like snorkeling, but my small town in Ohio isn’t known for breeding the best snorkelers in the world. Despite drinking crazy amounts of salt water the last time I went snorkeling, I fell in love with it. When I imagine snorkeling at the Great Barrier Reef, I imagine a perfect laid back day, lying lazily on the beach, reading in the sun, and then diving into the crystal clear waters of one of the natural wonders of the world.- 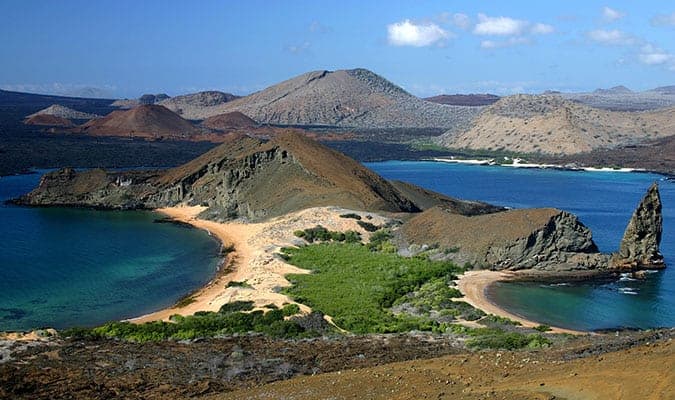 These volcanic islands along the equator of the coast of South America are known for their unique ecosystem and diverse wildlife. Several animals that inhabited the islands are found nowhere else on earth. (I secretly am going to ride one of the mammoth sized turtles) Made by underwater volcanoes, these islands have a rare rugged beauty. This along with their location have made them unique and forgotten by time. Going to these islands has literally become a major obsession of mine. What do you think of this list? What are the top adventures you want to scratch off your bucket list?