Croatia is one of Europe’s little darlings. With mountains, cosmopolitan life, UNESCO sites aplenty, magnificent national parks and a stunning Adriatic coastline dotted with some of the hottest islands to visit, there’s a good reason people are hitting up this country. Basically, there are endless things to do in Croatia whether you are taking a day trips from Split or sailing the stunning coastline. 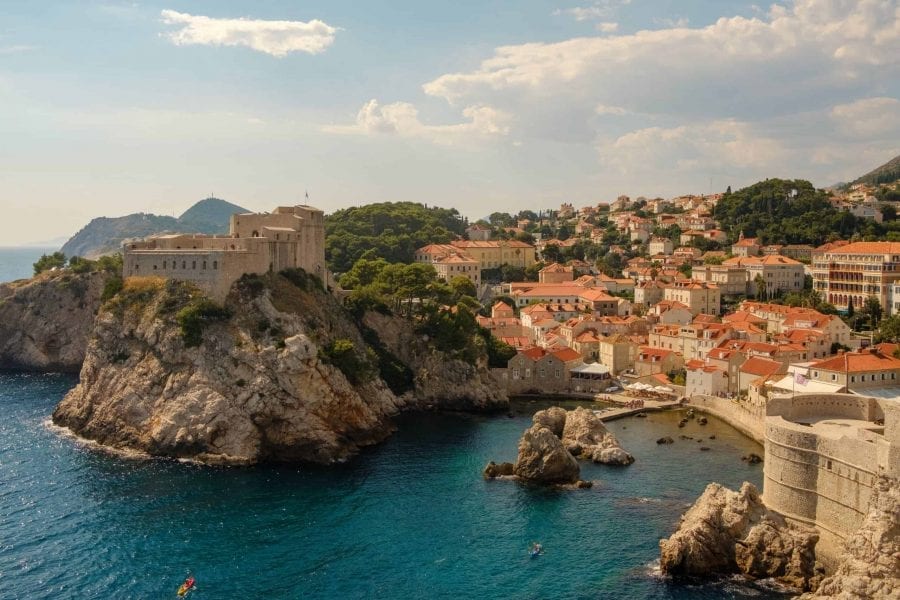 This country can fit any traveler’s budget and desires. Spend time exploring the tiny towns dotting the sea while you Sail Croatia’beautiful coasts, head inland and check the wonders of Plitvice Lakes, or head deeper into the interior of the country and check out all that it’s capital, Zagreb, has to offer.

With activities for the adventurous, culturally-inclined, foodies (two words: Pag cheese), wine lovers, those seeking to chill and unwind, and beyond, this country truly has it all

When to Visit Croatia

The best time to visit Croatia is in the shoulder season when the temperatures are still warm, the sky is still blue, and the water is swimmable. During the high season, summer, beaches, hotels, roads, all become packed with tourists. For a more authentic experience, skip the crowds and head there when there are less people.

Peak season in Croatia is definitely the summer months when Europeans take their holidays to the best islands in Croatia, historic towns, and parks.

The weather in Croatia varies, depending on where you are. Once you get away from the Mediterranean region and move south along the coast, the weather gets a little warmer, meaning warmer winters. Split and areas south in the Dalmatian Coast have hotter summers than in the north, as well as milder winters.

During peak season, the weather in the Dalmatian Coast region taps out in the high 80s with about 10 to 12 hours of sun per day (see why it’s such a fantastic summer option?). With humidity sitting low, the sea is an ideal place to chill out on holiday.

The rainy season in Croatia is typically in the winter months when the skies gray over, and the sun only peeks out for around four or so hours.

Croatia isn’t on the Euro, and the country isn’t as expensive of backpacking through Italy or traveling around France.

However, if you are wise about how many nights you spend out drinking, and the cost of the restaurants you are going then saving money when backpacking Croatia will not be a problem.

How Much to Budget when Traveling Croatia

Croatia isn’t on the Euro, and the country isn’t as expensive of backpacking through Italy or traveling around France.

However, if you are wise about how many nights you spend out drinking, and the cost of the restaurants you are going then saving money when backpacking Croatia will not be a problem.

It is hard to set monthly budgets because everyone spends money at different rates and on different things.

This will cover room and board, drinking, eating and traveling around.

A good budget for Croatia is between $40-$60 a day. However, I always like to have a little room for extra in my budget when I am traveling.

Where to Stay When Traveling Croatia.

One of my favorite places to stay when traveling Europe is in hostels. If you are wondering what is a hostel? It is basically a shared dorm with people from all around the world. I always use hostelworld when booking my hostels. They have a lot of reviews and an excellent rating system.

Another option I like is Airbnb which is renting a room or a locals apt. It is a fun way to meet locals and get off the beaten path.

Croatia is a goldmine for fresh produce, as well as homemade olive oil and wine. Head to a farmers market to stock up on the cheap. At least relatively speaking.

How to Travel Around when Backpacking Croatia

First off, there are plenty of different ways to travel through the country.

Perhaps the most popular is Eurail. However, the train only runs as far south as Split. From there, buses take over.

Cities have local buses, as well as regional ones, and Zagreb has a tram system.

Next, let’s us take a look at some of the best cities and places to visit around the country. These will help you craft that perfect Croatia Itinerary!

The capital of Croatia offers a chance to take in the culture of the city, as well as explore the more quirky spots. Check out this post for more about where to go in Croatia.

The botanical gardens are a sight in to add to your Zagreb itinerary. Located in the heart of the city, it is the perfect spot to check out before grabbing a coffee and people-watching on one of the thousands of tiny cafe patios.

Visit the The Cathedral of the Assumption of the Holy Virgin Mary, also known as Zagreb Cathedral. This church is grand and beautiful, with two neo-gothic towers reaching 105 meters, the highest building in the country.

Visit St. Mark’s Church. Far smaller in scale compared to the Zagreb Cathedral, this church is known for its red, white and blue checked roof displaying two coats of arms – the city and the country. The Romanesque church dates back to the 1200s, and inside hand-painted walls remain.

3 things to do in Zagreb

You aren’t the only one to experience heartbreak. Feel better about loves lost by visiting the quirky Museum of Broken Relationships.

Wander the Dolac Market. This colorful market treats you to a look at local life – and great food.

Under the cover of darkness, head to Jurjevsko groblje, the Forgotten Graveyard. It may be spooky, but if you’re hunting orbs, this is the spot.

3 things to see in Split

No visit to Split is complete without seeing the gorgeous Riva. A vast walkway lined with cafes and restaurants, this is the spot to hang out and get a glimpse of life for locals, as well as visitors.

Head up to the hills at Marjan. This hike delivers a spectacular view of Split and the surrounding islands.

Check out Pjaca, a 15th-century clock within Diocletian’s Palace.

3 things to do in Split

Go swimming! Home to a rare sandy beach, wade out into the crystal clear waters of the Adriatic.

Climb to the bell tower of St. Domnius. It may be a lot of stairs, and they may get super narrow and slippery, thanks to the stone, at times, but the reward at the top is well worth it!

Get lost in the UNESCO World Heritage site, Diocletian’s Palace. Inside the walled area of Split, the palace spans 30,000 square meters with plenty of tiny little alleys to get lost within. From Split you can travel to Dubrovnik. One of Croatia’s best attractions.

Game of Thrones films here. Need we say more? Go seek these filming spots, or hop on a tour that specializes in all that is GOT.

The most historic monument in Dubrovnik is Rector’s Palace, which has been reincarnated twice. See how the elite used to live.

Grab drinks at Buza. There are two locations, but the one you’re looking for is located literally in the wall of the city. Grab a glass of wine and soak up the beauty of the sea below you.

3 things to do in Dubrovnik

Walk the 2 kilometers worth of walls surrounding the Old City. At sunset.

See the Old City of Dubrovnik from a different view: above. Hop on a cable car and head to the top of Mount Srd. It’s pricey, but Dubrovnik’s beauty is worth it.

Get out into the water. While many of the beaches are hotel-owned, head down from the Old City about 15 minutes south and enjoy a nice view of shore.

3 things to see in Hvar

Stari Grad, where the ferries dock, is home to some upper crust spots. Head up the stairs and explore the winding lanes and local life.

Explore inland. Most of the interior of the island doesn’t have many folks, but hit Humac and you can get a taste of real life.

Check out the Grapeva cave.

3 things to do in Hvar

Rent a boat and go explore the other tiny islands nearby.

Party it up with the posh. Hvar is an island that attracts the rich and famous from around the world. There are plenty of bars alongside the pier that cater to the luxury crowd.

Breathe deep and smell the lavender this island is known for as you hike to the tallest point on the island, St. Nicholas. From here, you can see all of the islands in this part of the Adriatic.

Other things to do in Croatia

Wander through the maze of paths that provide spectacular views of the falls at Plitvice Lakes. (It easy to get from Zagbred to Plitvice Lakes)

Head north and listen to the sea organ in Zadar.

Visit the old walled city of Trogir and then hop a water taxi to nearby beaches.

Rent a car and head up (or down) the coastline. The main route runs right along the shore most of the way and the views are nothing short of breathtaking. 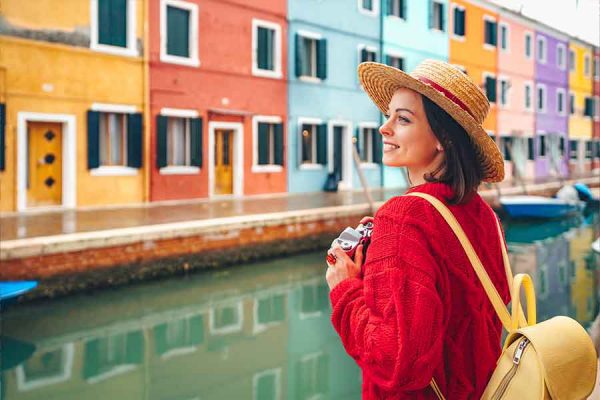 Backpacking Europe: Everything YOU Need to Know (New 2021)

Backpacking Europe | Everything You need to Know https://www.youtube.com/watch?v=syVGAtcWZYU Backpacking Europe, those two words conjure up pictures of sipping wine under the Eiffel Tower in Paris, soaking in the sun on a Greek Island, or partying the night away in Berlin.  Europe holds some of the best beaches, historical sites, and coolest cities in the 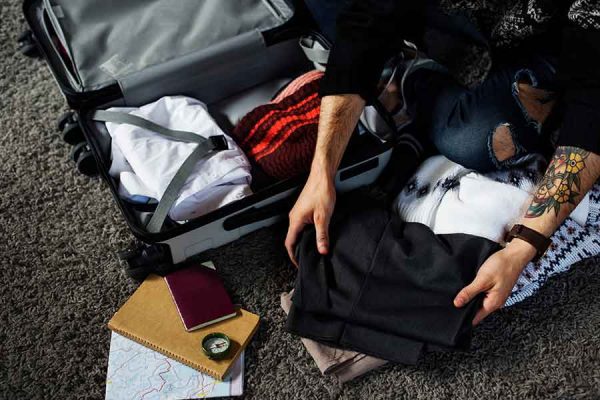 Backpacking in Europe Packing List | Save Time and Money Packing

Backpacking in Europe Packing List | Save Time and Money Packing https://www.youtube.com/watch?v=syVGAtcWZYU If you’re a backpacker and you want to travel to Europe, it’s important to do your homework, especially when it comes to your backpacking in Europe packing list! Europe is a lot more than just beautiful scenery, monuments, and natural wonders. There are 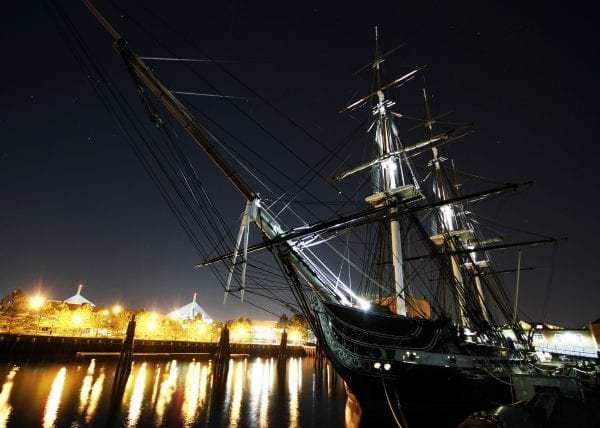 Top 12 Things to do in Boston

Top 12 Things to do in Boston Boston is an inviting and lively city that has centuries of history just waiting to be explored. A perfect spot for sports aficionados, foodies, art and museum lovers, and beyond, New England’s biggest city has a number of advantages, and its location on the water makes it an 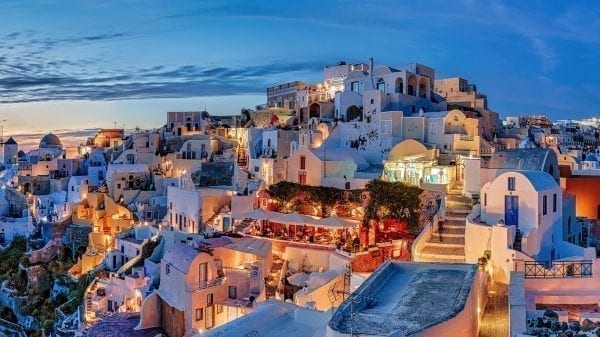 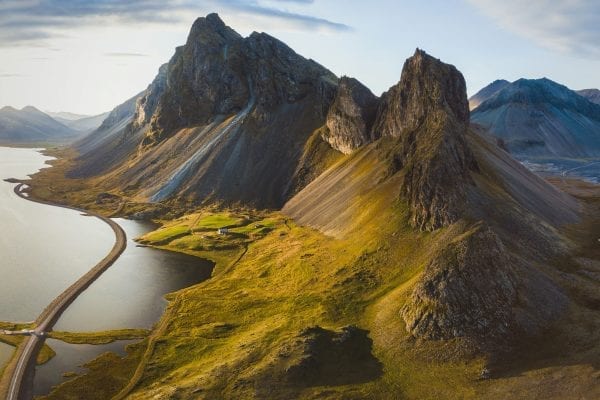