The Akaso V50X is often hailed as the best action cam under $100.

But is this bold claim about the Akaso camera true?

On paper it sure looks like it can compete with gopro cameras since the V50 Cameras supports.

But let’s dig a little depper into the v50 Cameras and find out for ourselves.

We’ll review every aspect of this budget action camera’s features, such as the battery life, resolution, and camera specs – as well as what the camera comes with.

I’ll also share my thoughts and experiences with the camera.

And by the time we reach the bottom of the page, we’ll have definitively answered if this is the best budget action cam under $100 . Or if shelling out $300 more, for the latest GoPro Hero, is a better investment.

MY THOUGHTS ON THE V50X

I want to start off by saying that this is my first venture into the world of budget action cams. In the past, I’ve only owned a few different Gopro hero; action cams I’ve always been more than happy with.

And because of that, I almost didn’t try out the Akaso V50X or the Akaso v50 elite, thinking that there was no way it could compare to Go Pro.

Was I right or wrong?

Yes, I was wrong. After trying the Akaso V50 pro for a few weeks I can’t believe how impressed with it I am. The cam has a lot of features, awesome firmware, slow motion, and native 4k. Plus the waterproof case works well, the touch screen is fantastic, and frequent firmware update keeps the features always working well.

One of the first things I noticed is that right out of the box, the Akaso looks and feels similar to other action cams. (maybe even a little lighter than a Gopro Hero).

The Akaso action camera also has a nice rubbery texture which makes it feel more durable. (I always feel like I am going to crush gopro cameras)

Well, let’s find out how the Akaso V50 camera stacks up, and if it can live up to the title of the best budget action camera for under $100.

FEATURES OF THE ASKASO V50X

First, let’s look at some of the key features of the V50X.

Which are actually very impressive and rival the newer Gopro’s which cost 4 times more.

The Akaso V50X features video modes. There is a 4k camera that shoots video in 30fps.

The Native 4k action camera is impressive. But sadly this 4k video camera doesn’t have 4k at 60 frame rate, but I’m willing to trade that for the price cut.

After all this is budget action camera. and that’s still a ton of video options for under $100.

The Akaso V50X has a 2-inch touch IPS Display. From my time with the camera, I can say that the touch screen is responsive and simple to use.

One thing that impressed me was, thanks to the streamlined capture modes, how quick it was to jump right into recording or taking photos. It’s as easy as swiping and tapping.

The V50X gives you the ability to adjust your angle on the go.

The choice is yours! And this feature gives a lot of room to get unique shots.

One of the best features of the Akaso is that it comes equipped with EIS (or Electronic Image Stabilization).

The V50X does this by predicting your movements and correcting the camera shake. This feature helps the action camera stay steady whether you’re running with the bulls, wiping out on a surfboard, or summiting a mountain.

Plus, the V50X’s image stabilization works at every resolution – a pretty impressive feat.

Tons of Accessories – Akaso’s known in the budget action camera world for having the best array of accessories.

The Akaso V50X along has over 17 different accessories kits. And as a bonus, most of these accessories fit other action cameras…. even GoPro’s.

Out of the box, the camera comes with 2 rechargeable batteries (which is nice). These 1350mAh batteries give you up to 3 hours of continuous recording.

Making it perfect for extended filming in outdoor adventures.

Most casual divers, like myself, aren’t certified to dive deeper than 30 meters.

So unless you are a professional deep diver, have your nitro certification, or are an ambitious free diver, then 40 meters is more than enough.

The waterproof housing keeps the camera safe. And the camera has a diving mode that helps you get better great shots using this underwater camera.

The V50X works with the Roadcam app. Making it easy to us your smartphone to operate the camera.

You can easily record, review, and share photos with a few clicks of a button.

Your phone isn’t the only way to control the Akaso V50X. This action cam comes with a wireless wrist remote that lets you control the camera from the touch of a button. (the remote isn’t waterproof)

WHAT’S IN THE BOX

What’s Not in the Box

I am a believer. The camera brand I will definitely be keeping my eye on, and I can’t wait to see what they roll out in the future.

I used the V50 pro on my most recent trip to Europe. The 4k video works with 30 fps for most users. However, professionals might what to shell out for a Gopro Hero that offers 4k video at 60 fps.

And I was impressed with everything the camera could do. It has the major features of the Go Pro Hero series but at 1/4 the cost.

My biggest gripe with the camera is that the colors aren’t as vivid as some other action cams. But overall, the camera works great, and for the price it’s unbeatable.

It’s easy to see why tech companies like cnet, PCWorld, tomsguide, and ZDNet have all recommended Akaso products.

Is the Akaso V50X the best action camera under $100? So how does it stack up? Yes, without question, I think this is the best action cam under $100. And reviewing the specs of its competitors there is no camera that has this amount of features, quality, and accessories.

And while the GoPro Hero might be better in some areas than the V50X, it’s not enough to warrant spending an extra $300 on a GoPro. My recommendation is to save that $300 and use it to get a plane ticket.

Hi, I’m Stephen Schreck (pronounced like Shrek; but don’t worry, I’m not green.) At 21 I fell in love with travel. Since then my adventures have taken me to over 80 countries in 8 years. Now my biggest passion is helping people just like you, reach their travel dreams!

Read More About Me
VIST THE STORE

THE MOST TRUSTED VPN ON THE INTERET

AN EASY WAY TO GET MONEY TRAVELING 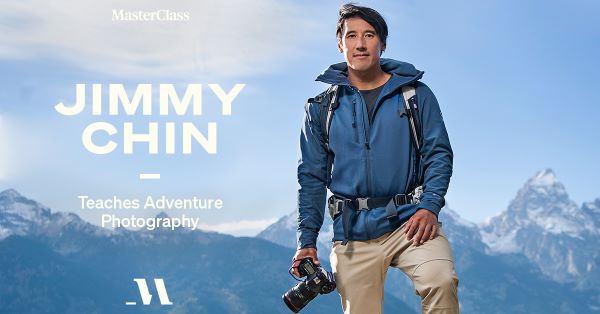 LEARN FROM THE EXPERTS WITH MASTERCLASS